Psoriasis is one of the most chronic skin diseases that are characterized by thick, red, silvery, scaled patches on the skin. It can also be defined as an inflammatory skin condition. It affects both sexes and usually appears in the age of 15-30 years. It is rarely found in infants and elderly people. It is not contagious and is caused by faulty signals in the immune system. There are five types of psoriasis and they are: 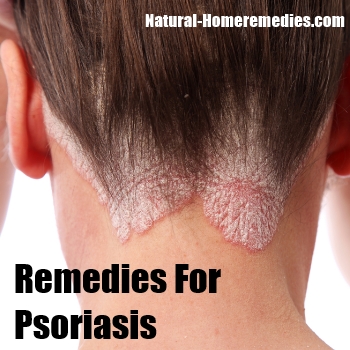 The various causes of psoriasis are:

The hot Epsom salts bath has been proven valuable in the treatment of psoriasis. Application of olive oil after the Epsom salt bath is also effective and also one of the effective home remedies for psoriasis.

Regular seawater baths and application of seawater over the affected parts once a day is highly beneficial. This is one of the best psoriasis remedy.

Bitter gourd is a valuable home remedy for psoriasis. Take a cup of fresh juice of this vegetable, mixed with a teaspoon of limejuice on an empty stomach daily for four to six months. This is a good diet for psoriasis.

The use of mudpacks is also beneficial for the psoriasis. They absorb and remove the toxins from the affected areas.

Cabbage leaves can be used in the form of compresses. They can be applied on the affected area after removing the thick veins and washing them thoroughly. This is also one of the effective home remedies for psoriasis.

Sunlight is the best and natural remedy for psoriasis.

Vitamin E therapy has been found effective in the psoriasis treatment. A daily dose of 200-800 I.U is recommended as they reduce itching of the area.

Lecithin is also considered as a remarkable remedy for the psoriasis treatment.

Psoriasis cure - 6-9 lecithin capsules in a day are recommended.

Application of cashew nut oil on the affected areas at night after a thorough wash of the face is highly beneficial and is one of the effective home remedies for psoriasis.